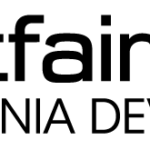 The CSR stream of volunteers within Betfair Romania Development has worked these past months at redecorating the computer science lab at Liceul Technologic Special pentru Deficienti de Auz from Cluj Napoca.
We have raised, during an internal CSR event in December 2017, approximately 17.000 euro which we have decided to use to redecorate several spaces at the high school premises.

The first project identified as important to the high school was redecorating the computer science lab under the coordination of Bogdan Tomsa, our Head of Finance and Facilities and volunteers from his team.

Together we have started in March 2018 and until now we learned that we have all the skills needed to complete this work: a talented designer, skillful help of our IT team, willing volunteers and lots of energy to help others in need. The actual work was done between the 21st of March until the 6th of April and it involved painting the walls, flooring, buy new stylish desks and office chairs and other furniture accessories. On top the high school will also receive Dell desktops and monitors that could improve the experience during the computer science hours for the students, supported by Betfair Romania Development along with the entire project.

We look forward for the grand opening on April 13th starting with 13:00 and our best reward will be the smiles on the students’ faces entering and spending time in the lab learning and becoming future talented developers.