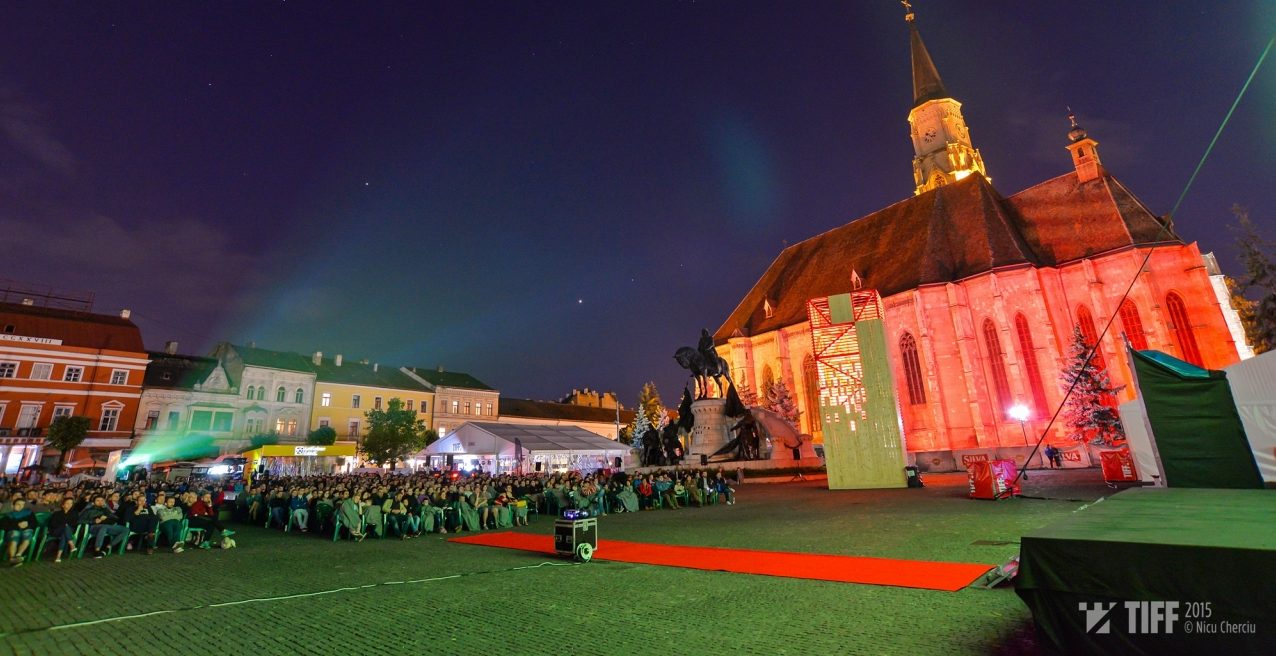 Founded in 2002, in the town of Cluj-Napoca, Transilvania IFF has grown rapidly to become the most important film-related event in Romania and one of the most spectacular annual events in the region. It is a member of the Alliance of Central and Eastern European Film Festivals (CENTEAST) and it is supported by the Creative Europe – MEDIA Programme. In 2011, Transilvania IFF was accredited by the FIAPF, which places it among the 40 most important festivals in the world.

Transilvania IFF’s main goal is the promotion of cinematic art by presenting some of the most innovative and spectacular films of the moment that feature both originality and independence of expression, that reflect unusual cinematic language forms or focus on current trends in youth culture.

Sophia Loren, Lifetime Achievement Award 2016 recipient: “As an actress, it’s easy to get excited, but this time I’m overly excited.”

Richard Peña, professor at Columbia University and former director of the New York Film Festival: “I am for the first time at TIFF. It’s lovely and very friendly, the audience is very enthusiastic, and the cinemas are packed. One can sense the support of the Cluj people for the festival and for the Romanian cinema.”

Iain Smith, Mad Max producer, Lifetime Achievement Award 2016 recipient: “It’s a great honor to receive this recognition at TIFF. I feel privileged and Romania helds a special place in my heart because here I shot Cold Mountain, a great movie that changed the course of things for Romania. I made foreigners understand that they can make movies here.”

Bill Guentzler, artistic director of the Cleveland IFF and jury member in 2016: “It was amazing. Most festivals cannot do something like that.”

Bardi Johansson, musician: “I had amazing time in my new favourite city, Cluj. All the people were so nice, the festival gets 10/10!.”

Michael Kutza, director and founder of Chicago IFF: “I’m in charge of a very large festival in Chicago, but I’m still impressed with the TIFF selection. I’m very impressed with everything I see, the type of films, and the various genres. I’m jealous. But I have better weather than you guys. I’ve seen wonderful films, I’ve discovered a city of film aficionados, and this is awesome. I’m thinking of coming back to shoot a film – this city begs to be shot on film”.

Nik Powell, producer: “I think that TIFF, Mihai Chirilov and Tudor Giurgiu, together with their whole team, have one of the best film selections in the whole world. Here, I was introduced to the largest number of films offering an interesting perspective on life”.